LOS ANGELES—The GRAMMY Museum® and Warner Bros. have teamed up to present “The Get Animated Invasion,” an interactive exhibit that celebrates the music that generations have come to know and love from Warner Bros. iconic animation shorts and films. Warner Bros. has a long history of invading pop culture though music, from popularizing classical compositions to creating mainstream hits that stand the test of time; the latest of which is the animated feature Smallfoot, featuring an all-star voice cast and original music including a new song from Niall Horan. The pop-up exhibit will take over the GRAMMY Museum’s second floor, Aug. 19–Sept. 9, 2018, making this Get Animated’s second pop-up exhibit following their inaugural invasion in New York last fall.

Guests will enjoy an interactive journey of reimagined musical moments within Warner Bros.’ most beloved animated entertainment. The exhibits starts by celebrating Looney Tunes’ unique way of blending comedy with a modern twist on classical music, featuring three unforgettable scenes where Bugs Bunny showcases his musical skills. Next, visitors can rock out in Judy Jetson’s futuristic bedroom, which moonlights as the ultimate Jet Screamer fandom shrine. Other features include Scooby-Doo’s psychedelic stage, equipped with spooky vintage instruments and villains to play hype man as well as the 2-D-meets-3-D phenomena that is Space Jam, and so much more. In addition, each world will also include rare artifacts from each animation and viewing areas powered by content partner Boomerang, the standalone premium video streaming service, to watch the musical scenes that inspired the space.

“We have created an innovative experience within the GRAMMY Museum that truly captures the rich history and pop-culture appeal of our most treasured animated stories,” said Maryellen Zarakas, senior vice president of franchise management and marketing for Warner Bros. Consumer Product. “The integration of music, art, and storytelling infused with the kinetic energy of our characters will captivate today’s generation of Warner Bros. animation fans and music enthusiasts.”

Tickets are available for sale on www.grammymuseum.org starting Aug. 1 to GRAMMY Museum members, and on Aug. 8 to the general public. Limited tickets to the Museum will be released during this exhibit, and reservations are required. Additional information can be found in current exhibits. 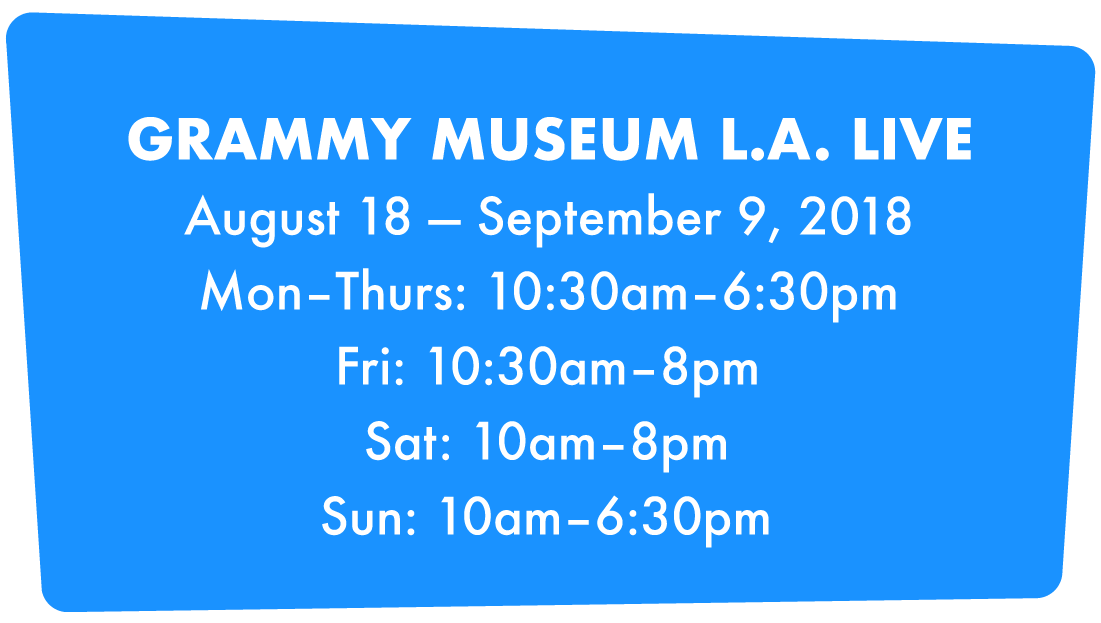