PARIS—Pierre et Gilles are back at Galerie Templon with a new show, Imaginary Time (Le temps imaginaire). An ode to tolerance and freedom, the exhibition is constructed as a journey through the artists’ universe, a highly complex world as underlined by the recent retrospective in Brussels and Le Havre.

The Pierre et Gilles’ world is enchanting but haunted by recent events. It plays with a certain French spirit, where diversity and openness to others as well as the notion of resistance take on a new dimension, paradoxically both weighty and carefree. Visitors are greeted by a “Sentinel” who reminds them of the operation of the same name [the current deployment of soldiers in France to protect against terrorism]. They go on to discover the moving evening prayer uttered by a young Muslim then an amorous trio against the background of the Eiffel Tower, evoking a certain free spirit of Paris. In a nod to the 1936 introduction of paid leave in France, a decidedly droll self-portrait of the couple with the artists depicted as fans of Parisian football club PSG offers a contribution to the debate on wearing headscarves that downplays the issue. In one of the gallery’s alcoves, Pierre et Gilles pay tribute to artist Bernard Buffet, who chose to bring a dignified end to his life rather than renounce painting.

Pierre et Gilles’ work pays close attention to all the world’s many manifestations and speaks of difference. “In Pierre et Gilles’ world, nothing is unambiguous. There is no one truth, but limitless possible truths,” says Sophie Duplaix, chief curator of the Centre Pompidou who considers the artists as the “enlightened guardians of universal values that neither ethical considerations nor political discriminations can hamper.”

“Immediately recognisable but ever elusive,” (Michel Poivert) Pierre et Gilles’ works lie on the borderline between art history and vernacular imagery, photography and painting where they play with traditional categories. In their studio the artists put together scenes centring on illusions, making complex use of light and composition. This initial stage is followed by the meticulous application of paint directly on the photograph transferred to canvas, whose original frame is designed as an extension. Although most of their models are anonymous, here and there we come across familiar faces, such as Isabelle Huppert, Dita Von Teese and Jean-Paul Gaultier. However, celebrity culture is not what interests the artists. They are directors, selecting their actors to create stories. They enjoy throwing out the occasional red herring of a fake Gérard Depardieu or Michael Jackson.

Internationally renowned artists, they have been building up an extraordinary iconography since 1976. Their work has been recognised by numerous museum exhibitions, including a retrospective at the Maison Européenne de la Photographie in Paris in 1996, New Museum of Contemporary Art in New York in 2000, Shanghai Museum of Contemporary Art in 2005 and Jeu de Paume in Paris in 2007. In 2017, their retrospective Clair-Obscur, at the Brussels Musée d’Ixelles then MuMa in Le Havre, met with spectacular public and critical success. 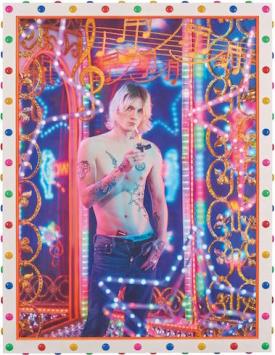 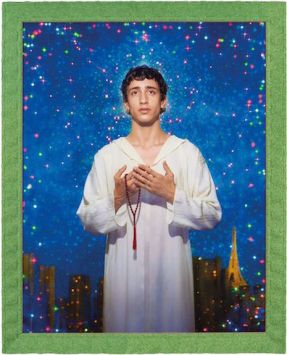 Introduced with a preface by Charles Dantzig (writer, editor of Le Courage international review and collection at Grasset publishing house) and including a short story by writer Arthur Dreyfus, the exhibition catalogue published by Galerie Templon is available in bookshops and at the gallery.