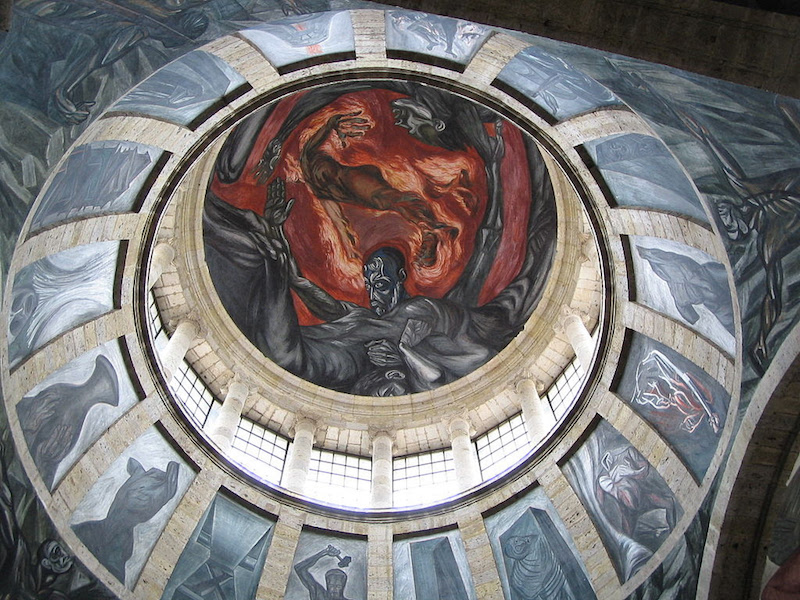 LOS ANGELES-Curator Marisa Caichiolo brings The MUSA Museum Guadalajara, Mexico’s exhibition of Metaphysical Orozco to the LA Art Show for its US premiere.

José Clemente Orozco (1883 – 1949) is one of the most important early to mid-20th century artists in the state of Jalisco and a central figure in Mexican muralism. During the post-revolutionary years, this artistic movement based on the creation of monumental pictorial works conveyed official ideas regarding national identity, while also highlighting the principles that define human dignity and the transcendence of social struggles throughout the world. Through his work, Orozco defied his own artistic limitations to become a universal painter who addressed issues such as war, inequality and disasters arising from progress gone awry.

The Orozco Metafísico (Metaphysical Orozco) installation treats the public to an audiovisual exploration of the fields of thought found within the frescoes, as well as the history and themes that inspired them. The murals will be projected using 3D video mapping accompanied by a musical soundtrack, giving visitors a comprehensive sensory experience that will be complemented by informative graphic material. Metaphysical Orozco will allow for this master work—which cannot be physically moved from its permanent location—to reach an international audience for the first time ever.